Castellana 14 is a competition won by AybarMateos Arquitectos and Estudio Enrique Álvarez-Sala. As part of the winning team, my role was BIM Manager of the project, developing a 3D BIM model that satisfies the client’s requirements. The proposal refurbishes an old building located in Paseo de la Castellana in Madrid and increases the existing surface, masking exterior modifications and preserving the facade. The project takes care of the energy consumption, the carbon footprint, or the building’s climatic properties, creating a natural airflow that acts as a passive heating and cooling system during each season of the year. 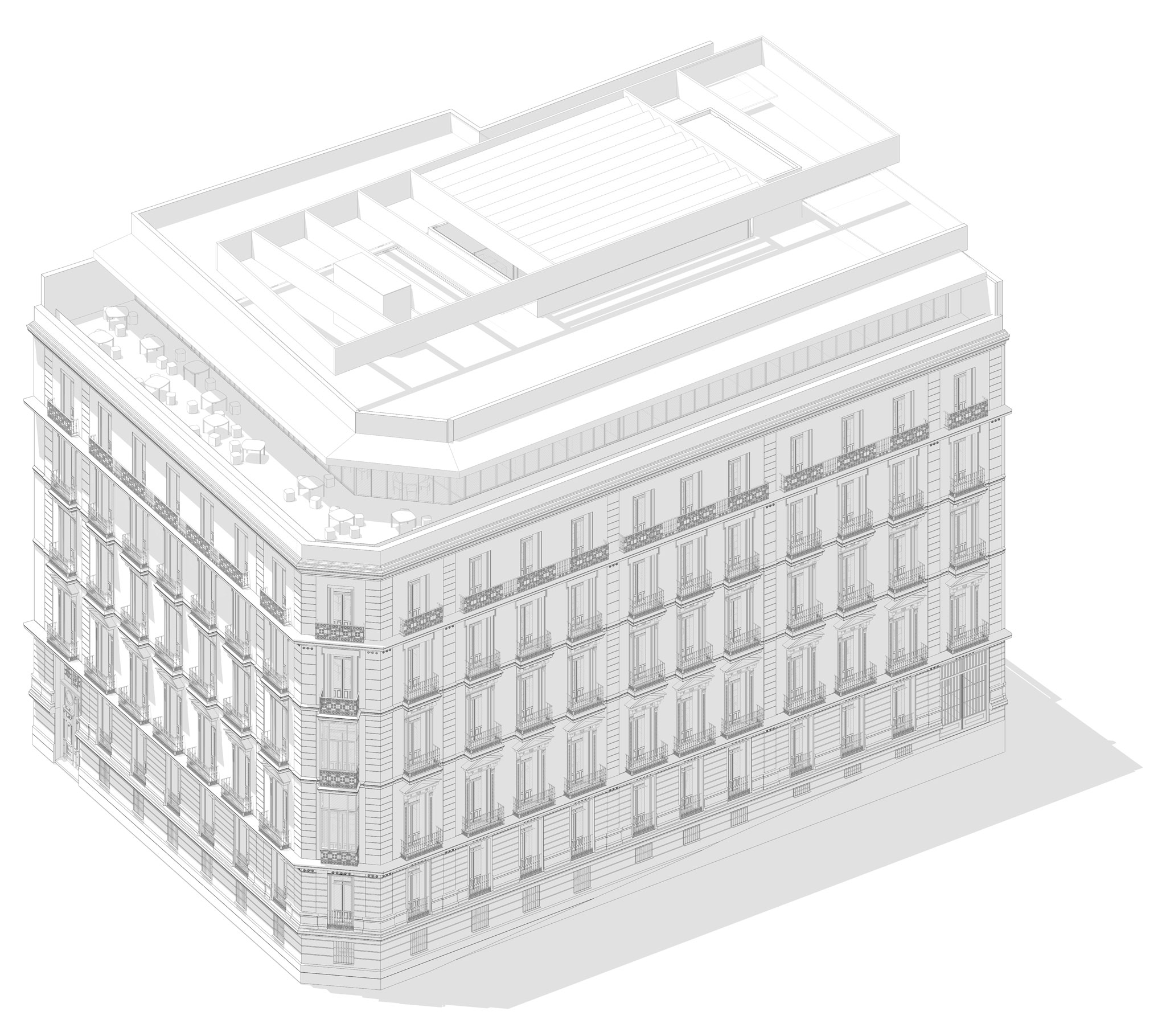