Robotics Tile Printing Project is a direct commission from Porcelanosa Grupo to produce a concept design for a robotics tile system construction. The project tries to preserve the logic and standardization protocols of the tiling construction systems. However, It seeks to reveal the natural expression of the construction process and the characteristics of the material itself.
The result is a set of 3D clay printed pieces, each one different from the rest, but all of them are related and influenced by the neighbour modules. The overall result maintains the same logic, principles, and vocabulary producing individual & unique pieces on a broader complex assemblage.
This project is related to Robotics Clay Printing Project and is part of the development process and continuous work of Archiologics

The dimensions of the entire set are 1.50 x 0.40 x 0.12 m but, for fabrication purposes and to optimize the assembly, the clay modules are 20x20x12 cm. This tiling subdivision grants a much easier fabrication using a robotic arm ABB IRB-120 and a little clay extruder. The nozzle of the extruder is 0.2mm increasing accuracy during the printing process.

Two different algorithms are the basis of the project: the first generates the geometry following an interactive modelling and growth algorithm, and the second simulates the fabrication process.

The process starts with squares of 20x20cm randomly located over the screen. The algorithm tries to expand the squares’ perimeter length, always preserving a minimal distance with other polygons. The algorithm also handles squares’ specific properties as tangent directions between points and other sets of internal structural rules that perform its effects while the script is running. Following a recursive process, the algorithm repeats inside each module the same logic producing what later will be the toolpaths for the clay extruder. Finally, the script extrudes curves a certain distance remapped from its length, so everyone has a different height.

This script ensures the feasibility and the correct performance of the fabrication process. It simulates all the construction avoiding possible collisions or solving singularities with the robot’s rotation axis. Final toolpaths, extrusion start and endpoints, or the files that the robot needs to complete the actions and connexions with the clay extruder are automatically generated with this algorithm and the plugin Robots of Vicente Soler (Barlett’s tutor & co-founder of the Design Computation Lab) 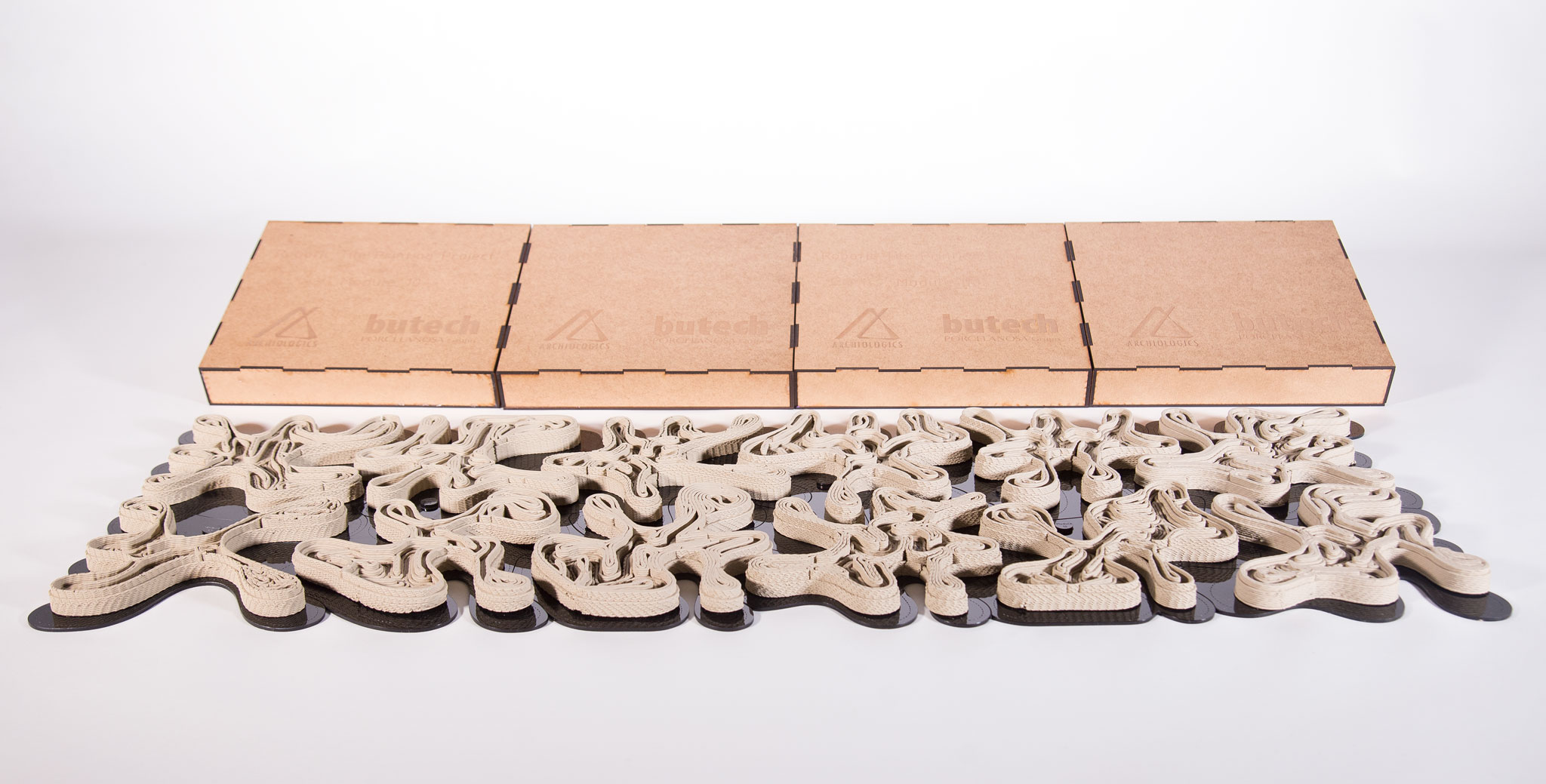